In 2013, when Mark Rowsthorn took control of Woodside Park Stud from his father, just a month into the job one of his first major decisions was to purchase into the then promising young sire Written Tycoon.

Recently crowned Champion Victorian Sire for a fourth consecutive year, such is the opinion of Written Tycoon that leading Hunter Valley-based Arrowfield Stud brokered a deal with the shareholders to stand the multiple Group 1-producing sire in NSW for the season. Rowsthorn’s second stallion purchase came a few years later when securing, in partnership with Widden Stud, the then unproven Zoustar.

While no longer involved in the ownership of the Group 1-producing sire, Woodside Park Stud played an integral role in his initial success, having stood him in Victoria for two seasons early in his career. Since then, Rowsthorn has been instrumental in also securing the purchases, in full or part, of Rich Enuff, Cable Bay, Tosen Stardom and Foxwedge.

Yet to purchase a stallion who hasn’t succeeded, Rowsthorn is overjoyed by the start Rich Enuff has had to date with nine first crop winners, more than any other active Victorian-based sire, while Cable Bay’s exploits in the northern hemisphere have set him up for success in Australia with his first crop 2YOs set to launch in the Spring.

Foxwedge continues to go from strength to strength, with his first Woodside Park Stud-conceived foals arriving this season, along with the rave reviews the first crop (now yearlings) of Tosen Stardom garnered, the future looks exciting not only for Woodside Park Stud, but also for the Victorian breeding industry.

Click on the below image for a virtual parade of Woodside Park’s 2020 stallions. 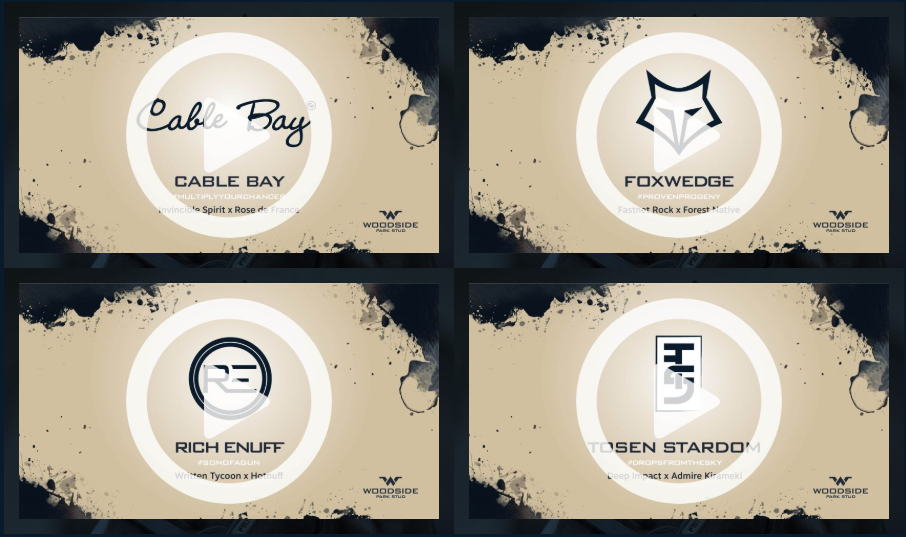