TOSEN FOALS ARE SET FOR STARDOM

Like their sire, when Tosen Stardom dropped from the sky in his emphatic G1 Emirates Stakes victory, Tosen Stardom’s first foals have also dropped and are now creating their own hype.

With reports coming in of the quality he has stamped his foals with, as a group they are showing good bone, plenty of strength and correct legs.

Having syndicated the brilliant dual G1 son of Deep Impact during his racing days, Australian Bloodstock’s Jamie Lovett is delighted with the commercial quality foals his select broodmare band have produced thus far.

“I couldn’t be happier – it’s been a great start based on the foals I have seen. The foal from Cool Jes is just a belter of a colt, while the Lonhro mare, Childhood has also produced a classical, correct filly; an outstanding first foal.”

“The Commands mare, She’s A Fairy produced a strong and well-developed filly, while I have received high praise from a breeder that his Tosen foal, is one of the best foals on the ground,” Lovett said.

With Deep Impact achieving a tremendous strike rate over mares with Danehill anywhere in their pedigrees, sitting at an exceptional 16% SW/Runners strike rate, Tosen Stardom, a son of Japan’s super-sire will be able to offer the same bloodlines to the Danehill saturated Australian broodmare population.

“Tosen certainly received very well-bred mares, but I would go as far as say, that these are the best foals my group of mares have produced so far. He is upgrading the mares and I look forward to seeing them grow into sort after yearlings at the sales.”

Aware of the importance of a giving a stallion the best start to stud possible, Lovett ensured that he had his broodmare band ready to go come September 1st.

“We tried our best to breed August foals. It gives them every chance to develop with plenty of bone and substance, to grow into the best product they can be.”

“We want to target his standout foals for the Magic Millions and Inglis Classic Sale to re-create the same hype that we saw from Rich Enuff last year. Topping the first season sire table after the first day of selling was a great achievement, and really set him up as an in-demand sire for the other sales following on later in the year.”

“Good early sales results are important to generate positive talk around the complex, and it’s vital to offer to the buying bench a group of yearlings that showcase him as a leading first season sire.”

“With the three key factors to sales ring success being the physical type on the ground, the quality of the female family on the page and the covering sire – and we want to make sure every Tosen Stardom yearling ticks all three of these boxes upon inspection at the complex,” Lovett said.

With Tosen Stardom’s dual G1 success during the Melbourne carnival, it made sense for Lovett to stand him at stud in Victoria.

“For breeders that witnessed his two tremendous G1 victories on the track and being the only son of Deep Impact standing in down south, it is a coup for Victoria.”

“I am rapt with Woodside Park Stud.  They are doing a great job marketing him to private mare owners and commercial breeders, and they are reversing the flow and bringing the mares down from the Hunter,” Lovett said.

“Tosen confidently covered a solid number of mares last season which will see him benefit from significant numbers to run from his first crop. The shareholders strongly supported him with their best mares and based on the foals that he has left on the ground, I’m sure many will be more than happy to go again.”

And with half a dozen still to foal down, Lovett is looking forward to the welcoming more of his Tosen babies into the world, who he hopes, are also set for Stardom. 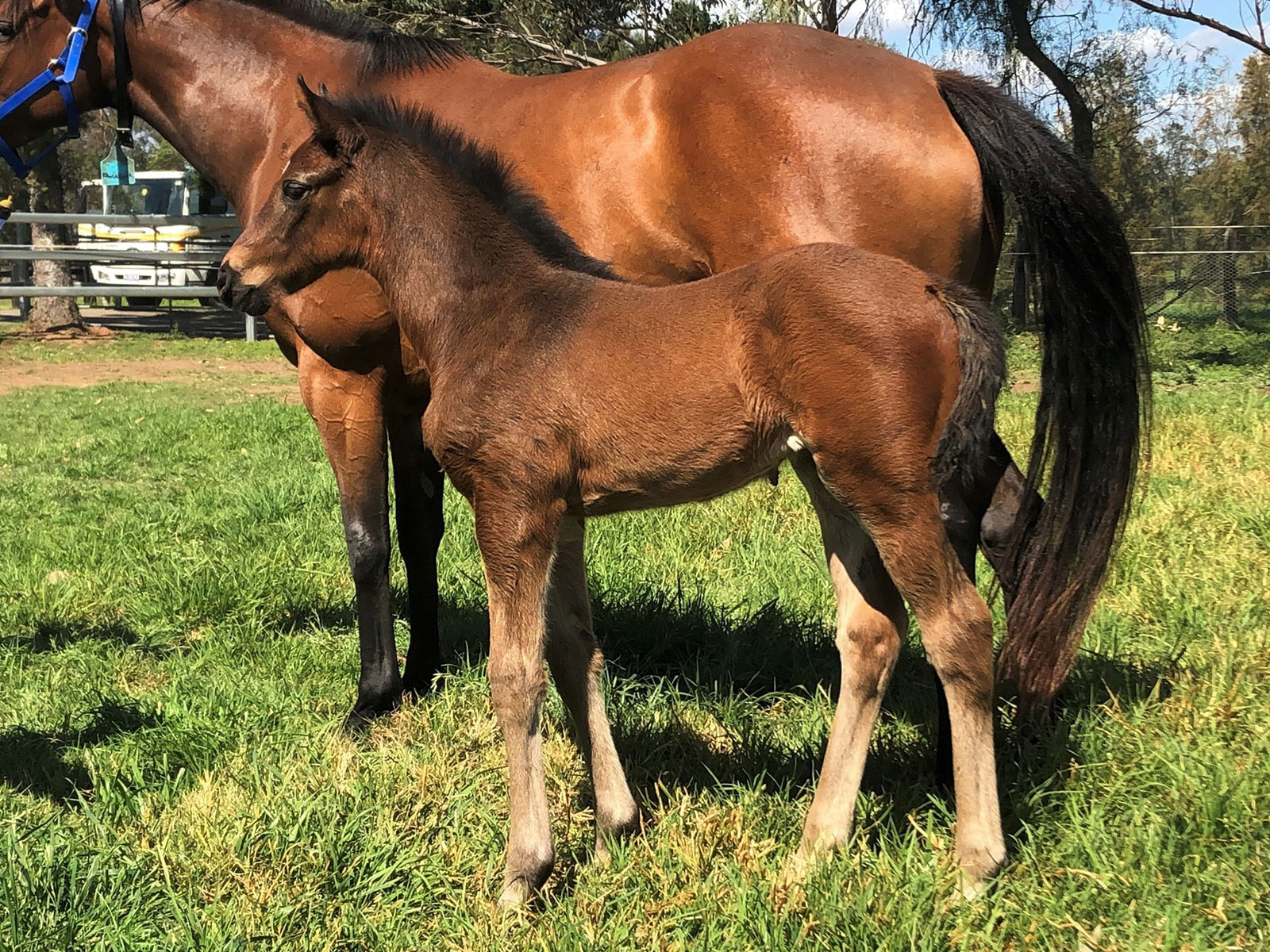