As the first winner for her sire, followed by becoming the first stakes performer, it was only fitting that Anderson Racing’s Plutocrat took the honour of becoming Rich Enuff’s very first stakes winner with a gutsy effort in Saturday’s Listed Thoroughbred Club Stakes over 1400m at Eagle Farm.

A narrow second in the Listed Bill Carter Stakes (1100m) two starts back behind September Run and finishing ahead of Gotta Kiss, who went on to finish second in the G1 JJ Atkins at her next start, Plutocrat has been screaming out for a decent barrier, and aided by the inside gate on Saturday, the promising filly produced the goods.

What an outstanding start #RichEnuff has made to his stallion career with 6 first crop winners so far – equal to his Champ Sire #WrittenTycoon – and now a stakes winner with Plutocrat – something his sire didn’t achieve with a first crop 2yo! #SkysTheLimit @TDNAusNZ @anz_news pic.twitter.com/ArQhtfOLTC

“The expectation was that they were going to be back-end 2-year-olds into early 3-year-olds and that’s exactly what we are seeing. We are seeing horses with great scope,” stated Woodside Park Stud’s CEO James Price to TDN Aus/NZ. 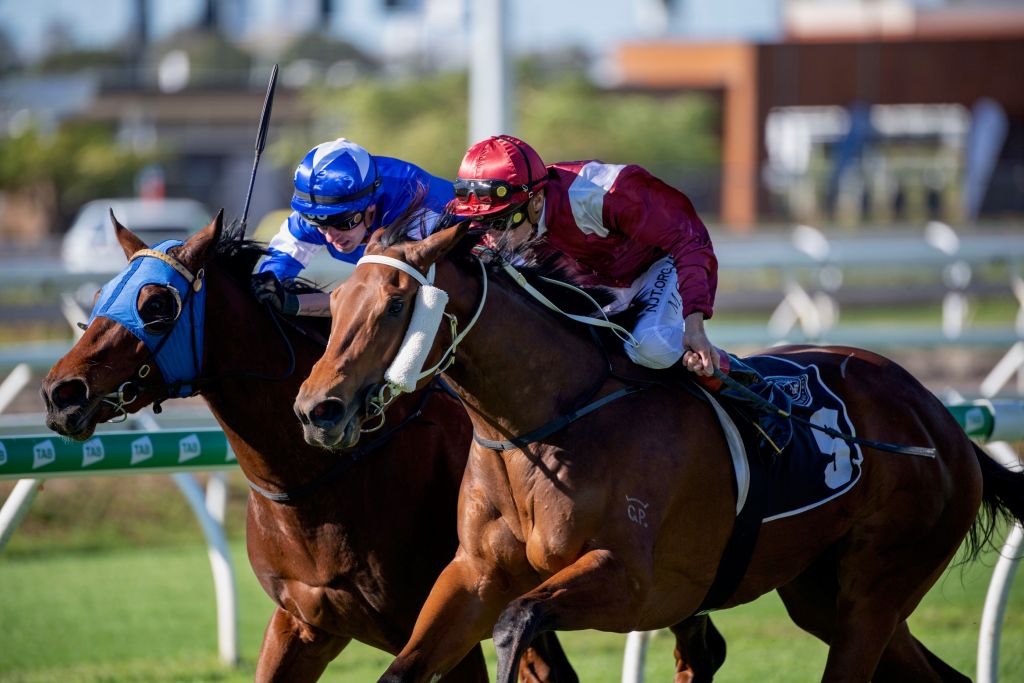 “To hit his first stakes winner at the back-end of his 2-year-old season, something that his own sire Written Tycoon couldn’t do, is quite an achievement.

“And if we look at that, and the fact he has had six individual winners, it’s terrific and we are really happy for him to finish his first crop 2-year-old season like that and head into the spring with some momentum.”

Successful at G2 and G3 level as well as a narrow runner up in the G1 Caulfield Guineas, the fastest 3YO colt over the famed Flemington ‘straight six’ this century is standing this season at extremely affordable fee of $8,800 (inc. GST), and as the only active Victorian first-season sire to record a stakes winner this season, he is sure to prove extremely popular with breeders once again.