To finish third to one of the world’s best sprinters in a globally renowned Gr.1 sprint at Royal Ascot – we’ll take that!

What an enormous run by 3yo Cable Bay filly Liberty Beach to finish just over two lengths from multiple G1 winner Battaash in Tuesday’s King’s Stand Stakes at Royal Ascot, leaving the likes of G1 winner Glass Slippers as part of the beaten brigade.

With a further three days of the Royal Ascot carnival still be to be run, tonight will see Cable Bay colt Ropey Guest start in the G3 Jersey Stakes while the multiple winning, G3 placed Separate contests the Sandringham Handicap. 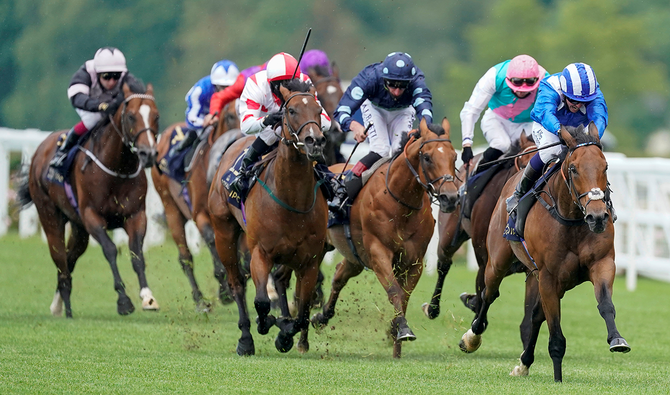 Electric Ladyland, Cable Bay’s first every runner and winner, who recorded a two-year-old course-record time in that win, has been nominated for tomorrow’s Palace Of Holyroodhouse Handicap.

Australia Has Much To Look Forward Too

With the continued international success of the progeny of Cable Bay, the news locally is just as promising from the numerous trainers who have a first-crop runner in their yard.

On the breeding front, a quality book of mares has already been assembled for the young son of Invincible Spirit with Gilgai Farm penciling in some class mares including Sweetest Melody, the dam of G2 Thousand Guineas Prelude winner Smart Melody, Miss Evasive, a winning daughter of dual G1 winner Magical Miss, Le Ciel, an All Too Hard daughter of the dual G1 winner Sacred Choice as well as Good Oh who hails from the family of Holy Roman Emperor, Flying Spur and Encosta de Lago.