A mating approved by one of Australia’s best breeders in Rick Jamieson. This Cable Bay filly is from his first Australian crop. Cable Bay had a tremendous start to his stud career with his 2YOs in Europe in 2019 – from 69 runners he recorded 24 winners including 7 stakes performed horses. This filly is the fourth foal of the Dehere mare Chalk Ridge from a sensational European family that includes Xaar, Domesday and Masterclass. Chalk Ridge’s fourth dam is bluehen Monroe. Woodside Park Stud purchased her as a weanling in 2019. Prior to that, she was born and raised at Jen Fowler’s Merrivale Farm in Gooram, Victoria.

“Strong, strength throughout, great head and kind eye. Presents as a horse to be a 2yo and with the scope to train on.” 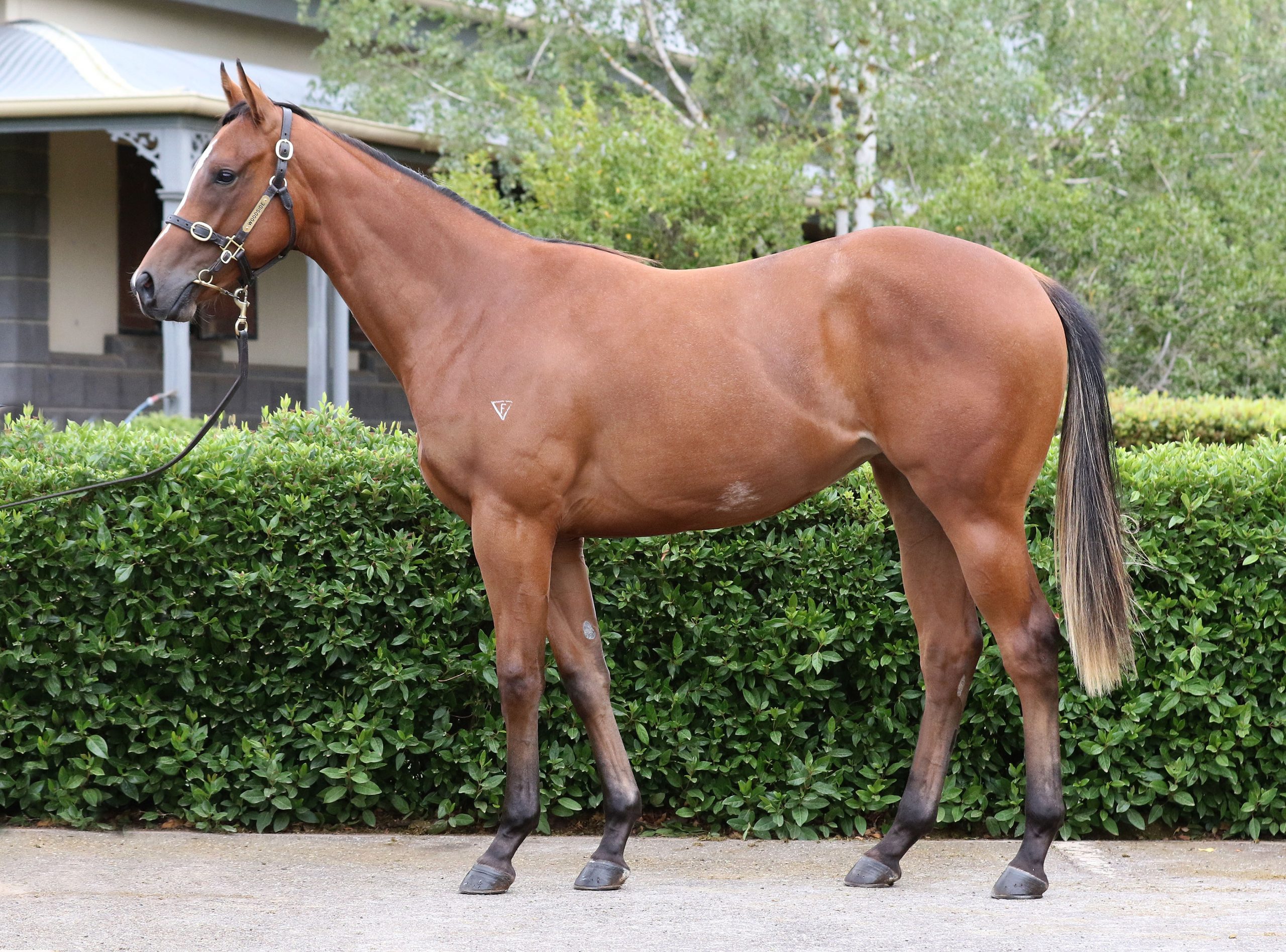