By Victoria’s Champion Sire Written Tycoon. The only active stallion to sire a colt to win the two major 2YO races in Australia – G1 Blue Diamond Stakes & G1 Golden Slipper (Written By & Capitalist). With markings like his father, this colt is the fifth foal of a half-sister the multiple G1 winner Volkstok’n’barrell. His dam Baroness Gabriella is the dam of multiple metropolitan winner Juicing Carrots in Western Australia for trainer Raquel Reid. Baroness Gabriella has been a resident of Woodside Park Stud for many years. This colt was born at our Tylden property and spent time at Northwood Rd, Seymour and at Woodside Park Stud’s new pristine, Goulburn River fronted property of ‘Morningside’ in Nagambie.

“Strong balanced colt with good bone and a great attitude.” 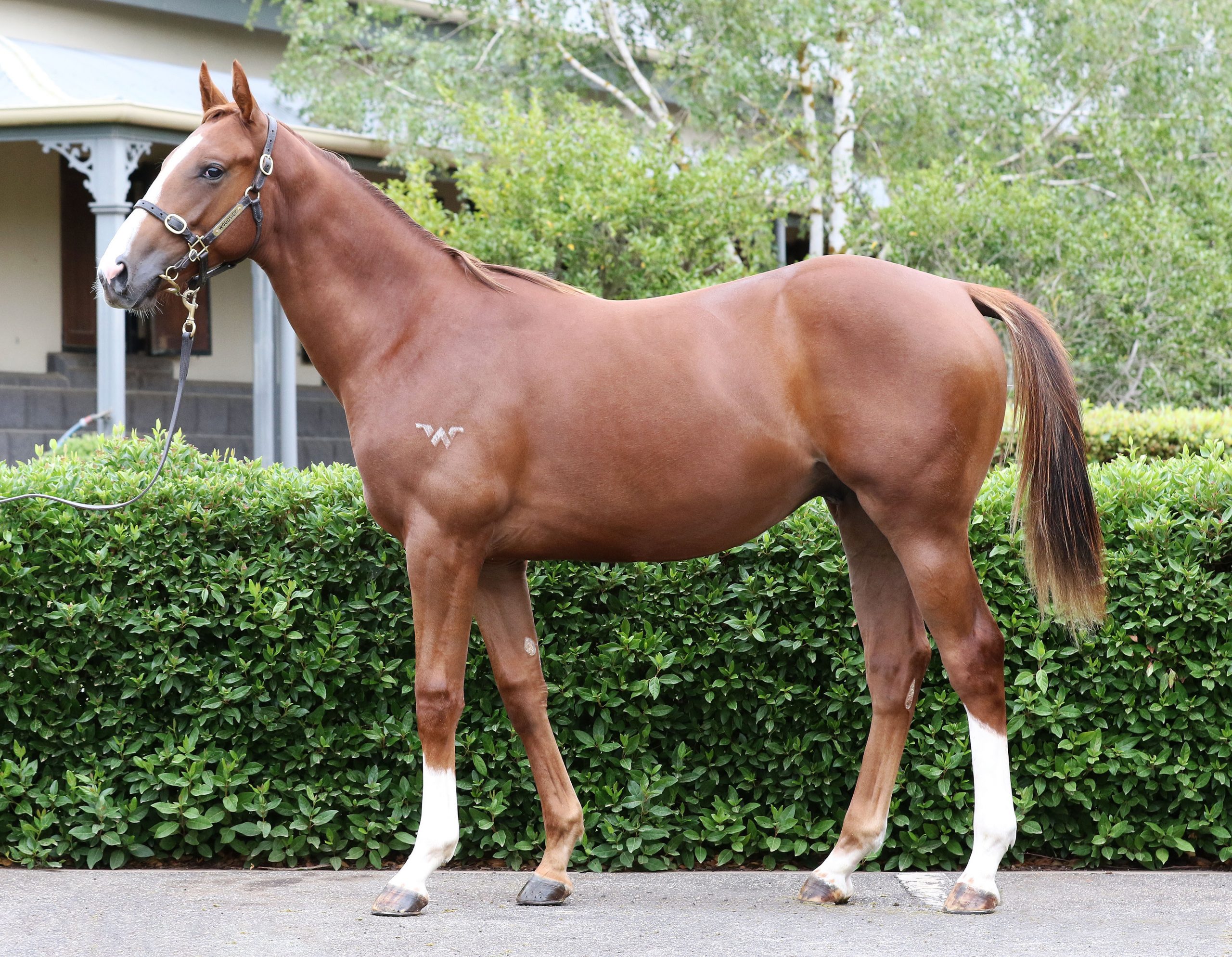