GET THE DOSH WITH WOODSIDE’S TRIFECTA

Fortunately, form has followed aspiration in this case with the bold, front-running filly heading into Saturday with two wins and two placings from four outings (beaten a lip in the Group 2 Schillaci Stakes at her last run) and over $300,000 in stakes. Clearly greater spring riches beckon if they can’t catch her in the Red Anchor. 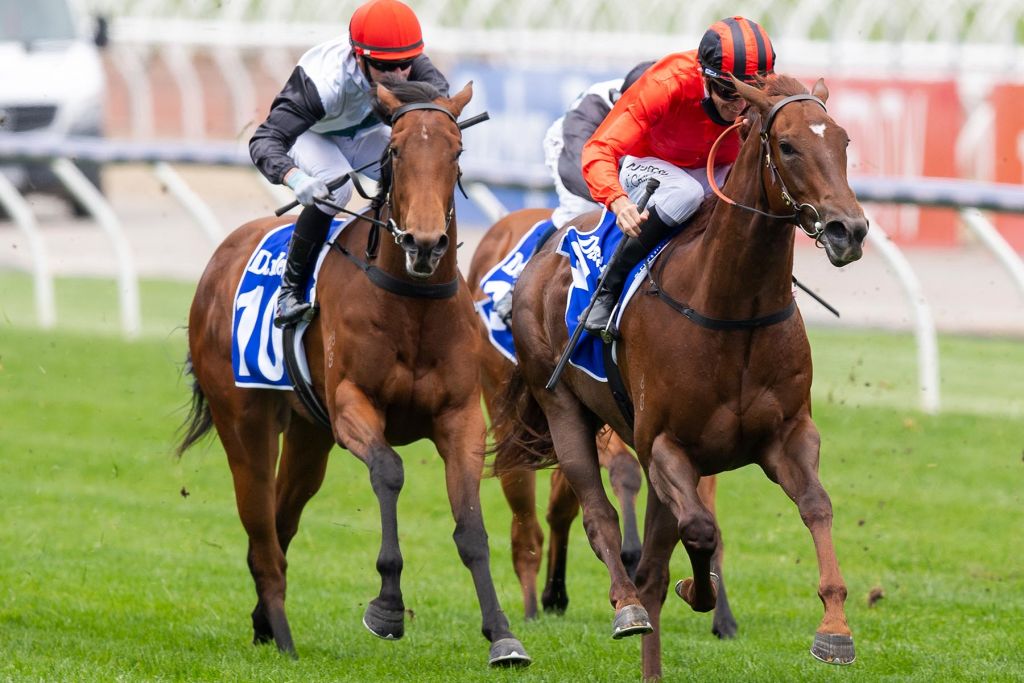 Woodside Park’s Mark Dodemaide will obviously be cheering on Dosh for each stride of her journey, particularly given that he’s charged with promoting the virtues of not only Rich Enuff, but also his barnmates, Foxwedge and Tosen Stardom.

The highly respected Dodemaide – who joined the newly re-structured Woodside Park earlier this year after three decades at leading auction house, Inglis – couldn’t be happier with the progress of his trio.

“It might seem obvious but I can’t even begin to tell you how important that is. You could have the best bred, best performed colt or entire in the serving barn but it won’t help selling the resultant progeny to a discerning buying bench if they’re not up to scratch physically.” 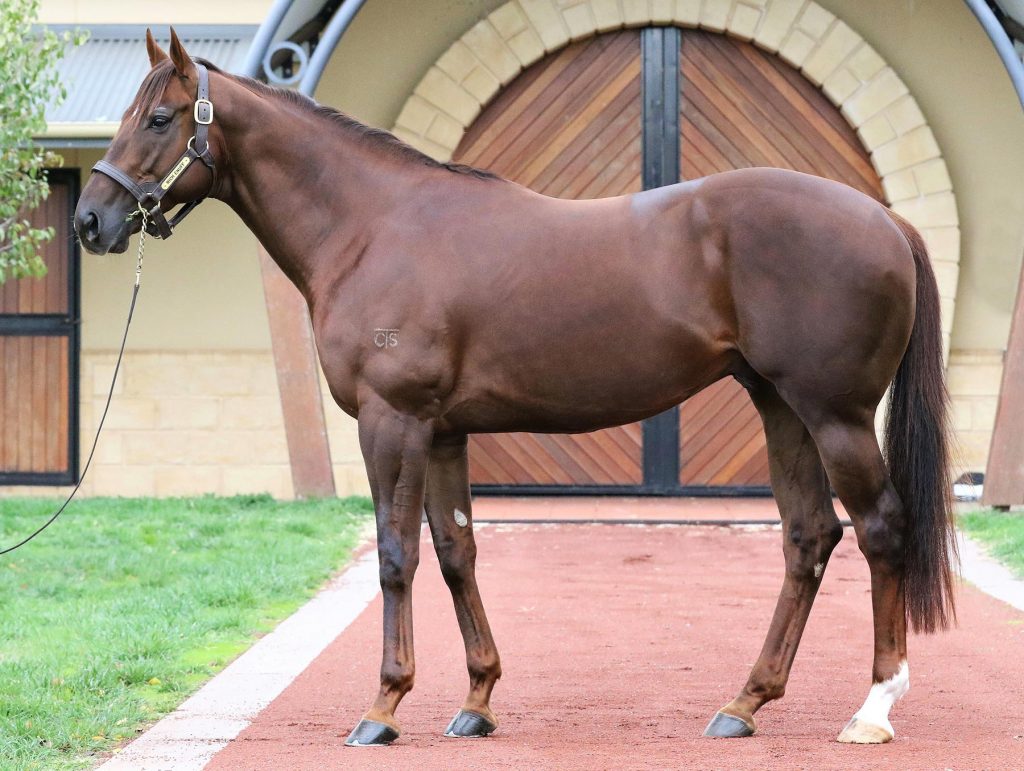 “He (Rich Enuff) is an extremely good looking horse and the highest Timeform rated (125) son of Written Tycoon standing at stud.

“There is – deservedly – a lot of talk around the Written Tycoon sons at stud and with Rich Enuff’s oldest progeny just 4YOs, he’s doing a terrific job with horses like Dosh and (2YO stakes winner) Plutocrat,” Dodemaide points out.

“It’s worth noting too that both Dosh and Plutocrat are out of mares by sons of Danehill, while Rich Enuff has three from three with Not A Single Doubt mares, plus a 100% strike rate with Stratum and Wanted.”

Talking of producing ‘cracking types’, Dodemaide is a tad bemused, albeit excited at the news filtering in about Tosen Stardom’s first 2YOs. 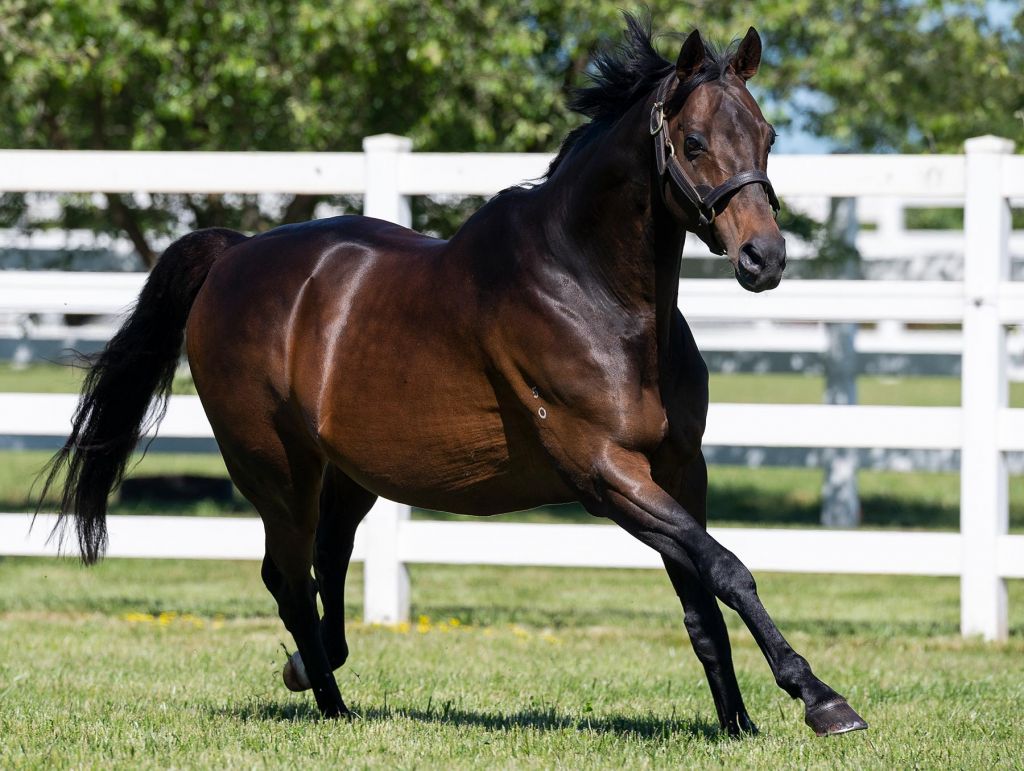 “You really could talk about this horse for hours and, trust me, I have,” Dodemaide says with a laugh.

“He’s by an absolute legend in Deep Impact (48 Group 1 winners) … he sold as a yearling for the equivalent of A$3.5 million, which gives you some idea as to what sort of athlete he is … and then there is his race record : an unbeaten stakes winner at 2, multiple Group winner at 3, second in the Group 1 Ranvet at 4 and winner of the (Group 1) Toorak and (Group 1) Emirates as a 7YO.

“He got caught wide in the Toorak and no way he was going to win the Emirates 250 metres out, plus he had a real turn of foot, twice finishing second in the (Group 1) Futurity Stakes, beaten 0.1 lengths by Black Heart Bart the first time around.

“His 13 runs in Australia were either at Group 1 or Group 2 level for nine top five finishes. Brilliant racehorse.

“He’s always been well supported by shareholders but here’s the thing though … any stud will tell you that the fourth season is by far the toughest, but this spring we’ve almost doubled outside bookings to the horse!

“They’re obviously doing something in leading stables around the nation and the word’s getting out.” 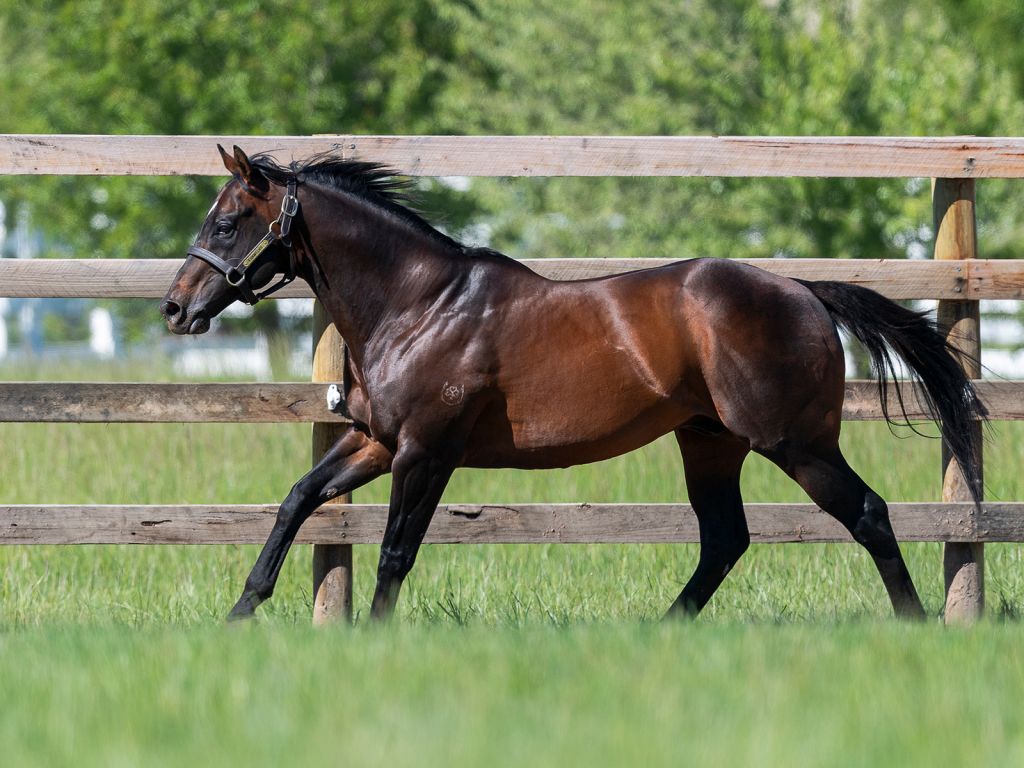 Meanwhile, Foxwedge has a massive fanbase with trainers and breeders – not to mention ‘Dods’ himself – and is in the midst of covering another quality book of mares.

“I’ve had a long ‘association’ with this horse and remember him well at the yearling sales where he was the third top priced lot ($925,000) at Easter,” Dodemaide recalls. “We can all spin a tale about any horse but you only have to stick to the facts for Foxwedge.

“Son of Fastnet Rock, incredible type, great racehorse – winning the Group 1 William Reid (beating Hay List and Buffering), beaten a whisker in the (Group 1) Coolmore and third in the (Group 1) Newmarket … and now a terrific producer.

“You need to keep in mind that this horse is only 13 but he’s already got 22 stakes winners and five of those are Group 1 winners like Volpe Veloce, Foxplay, Run Fox Run, Urban Fox and Lunar Fox.

“He really is a safe bet. Every breeder is wrapped to get a colt, but with Foxwedge it’s even better news if you land a filly, particularly given the records of Volpe Veloce, Foxplay, South African Champion, Run Fox Run, etcetera.

And the story continues post-racing for those great looking mares being sold for big money … Volpe Veloce ($1.9m), Villami ($1.2m), Noire ($800k) and stakes-placed Into the Abyss ($700k). What’s more, Volpe Veloce and Foxplay are out of mares by sons of Sadler’s Wells.

“It’s a good sign when you get a lot of repeat business from leading breeders like Mill Park Stud which, not only bred his South African Group. Winner, Run Fox Run, but also bred and races his very good 4YO, Foxy Frida, winner of over a quarter of a million and a close second last week to Sirileo Miss in the Group 3 Vase at Caulfield.

“Foxwedge has been a dream horse from start to now!”