With the recent history Australia has created in the G1 King’s Stand Stakes at Royal Ascot, hopefully another chapter will be written on Tuesday when Cable Bay’s multiple stakes winner Liberty Beach takes her place in the 11-strong field.

Successful in the G3 Molecomb Stakes over 1000m at 2, the John Quinn-trained filly resumed at 3 to score a promising victory in the Listed Cecil Frail Fillies’ Stakes, with connections now feeling the time is right to chase an elite level score.

Taking on a high-class field which includes numerous outstanding sprinters, Liberty Beach will be the only runner of her age and sex to tackle Tuesday’s 1000m G1 contest. 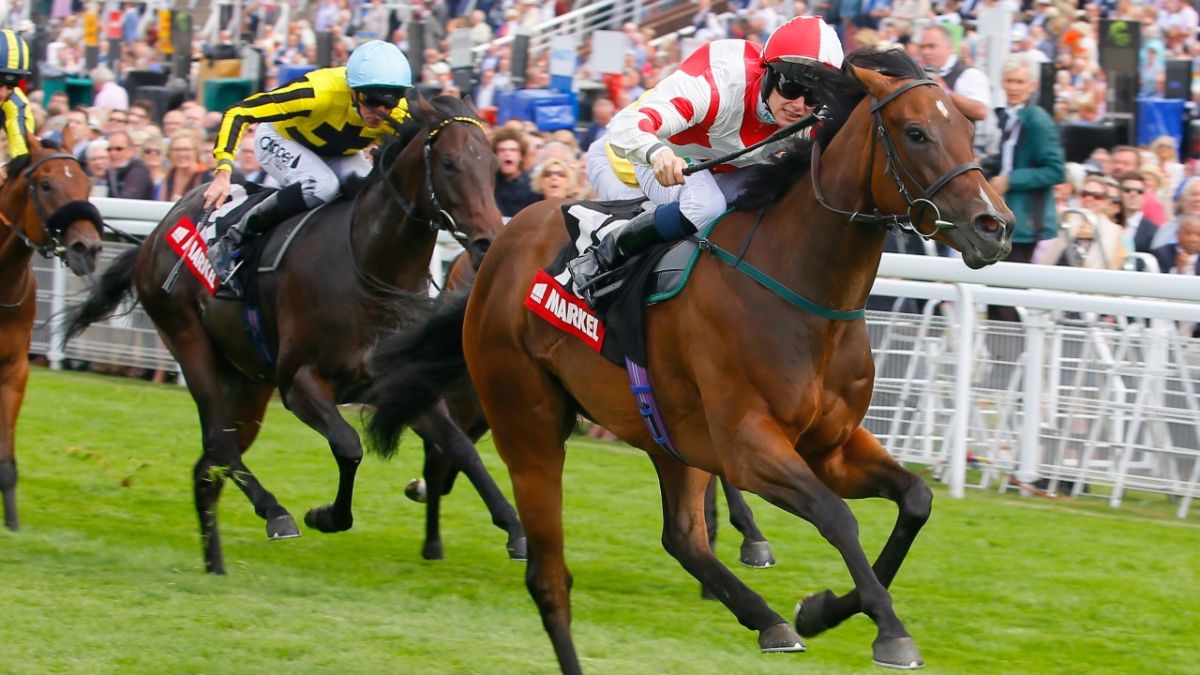 Since Choisir’s historic win in 2003, many Australian affiliated runners have taken the prize, and with Cable Bay set to cover his fourth book of local mares in a few months time, a victory by his daughter in one of Europe’s most exciting sprint clashes is sure to see the son of Invincible Spirit once again cover another top quality book of mares.

Achieving 25 individual winners in his first two-year-old crop to race, more than the record-breaking I Am Invincible achieved in his debut season, Cable Bay’s current 3yo have continued in that same vein of form, bringing further confidence to Australian breeders of the longevity of his stock, just like their sire.

A winner at two, Cable Bay went on to finish in the top four in all group races he contested as a juvenile highlighted by his second in the G1 Dewhurst Stakes – recording a faster time than Champions Frankel, Shamardal, Nijinsky, Mill Reef, Teofilo, Rock Of Gibraltar and The Minstrel – in what is touted as the Northern Hemisphere’s best race for juveniles.

At three he claimed the G3 John Of Gaunt Stakes off the back of a fast-closing, narrow margin fifth to Night Of Thunder in the G1 Lockinge Stakes, before ending his career with another stakes victory, this time in Newmarket’s G2 Challenge Stakes with the beaten brigade including Europe’s Champion 2YO Colt and multiple G1 winner Belardo, himself a leading first crop sire this season.

With the Spring juvenile features in Australia seemingly only around the corner, Cable Bay’s first locally-bred crop have been receiving plenty of positive reinforcement from their trainers.

In the yards of leading stables including Anthony Freedman, Waterhouse & Bott, Maher & Eustace, Robbie Griffiths, Tony Gollan and Danny O’Brien, the team at Woodside Park Stud are really exciting not only about what lies ahead for Cable Bay on the track, but also due to the outstanding quality of mares that are set to visit him again this season.