AWESOME FOURSOME TO SHINE ON THE GOLD COAST

With the New Year on the horizon, January signifies for all in the industry the commencement of the yearling selling season, kicking off on the Gold Coast with the Magic Millions Yearling Sale. 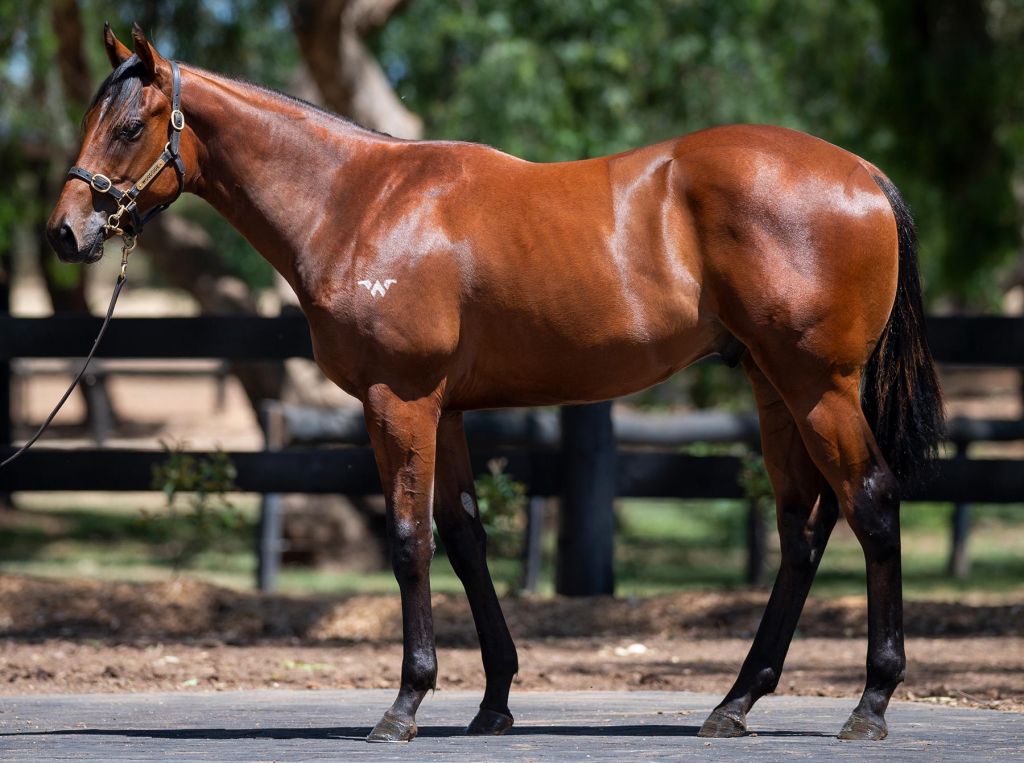 Offering a small, but select draft of four yearlings at the sale, the Woodside Park Stud consignment gets underway with Lot 88, a stunning bay colt by Champion Sire Written Tycoon out of the Bel Esprit mare Bel Selene, a half-sister to the five-time Group 1 winner Mummify, and to the dams of Group 3 winners Ottoman and Take Pride as well as the dual Listed winner Isaurian.

With ten individual stakes winners already this season, more than any other sire and a record for himself, Written Tycoon’s progeny are led by the dual Group 1 winner Ole Kirk who was simply sensational in his victories in the Golden Rose and Caulfield Guineas, and with Lot 88 bred on the exact same cross as Ole Kirk, the colt is sure to prove very popular. 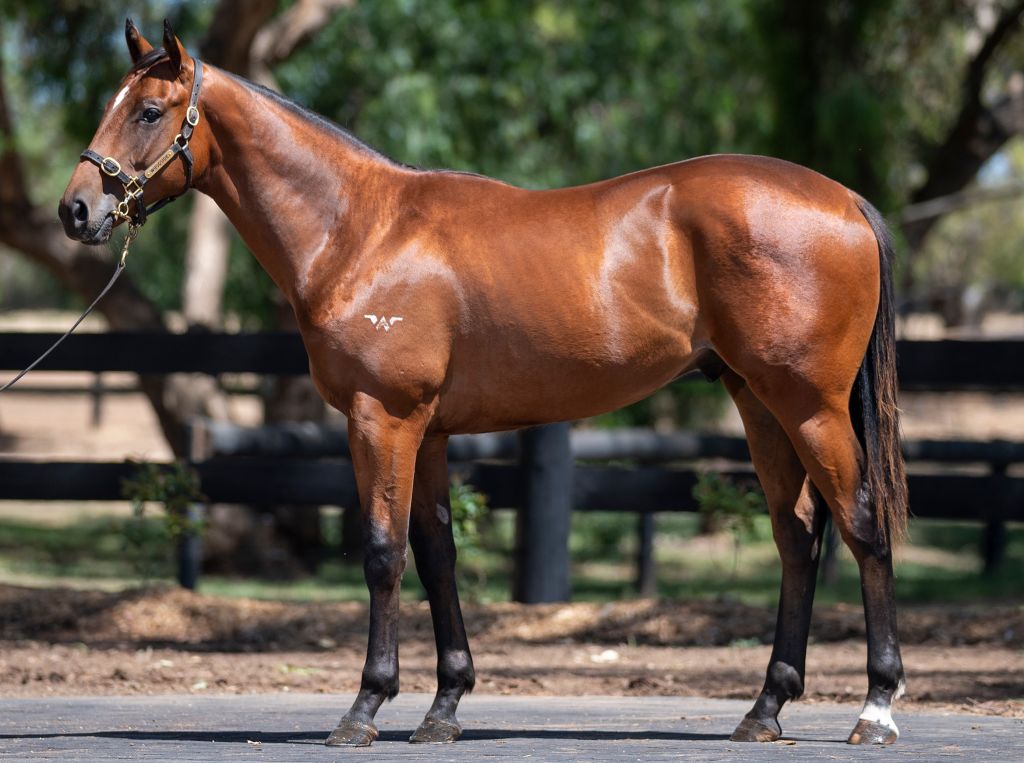 Heading through the ring on the second day of the sale is Lot 373, the Written Tycoon x Hell Or Highwater colt.

The first foal from the very talented eight-time-winner Hell Or Highwater, a Listed-winning, Group 2 placed Not A Single Doubt mare who is a half-sister to the dam of Champion 2YO Filly Tamborera, this colt is bred on the same cross as this season’s Group 3 Gimcrack Stakes winner Enthaar, the current favourite for the 2021 Group 1 Golden Slipper. 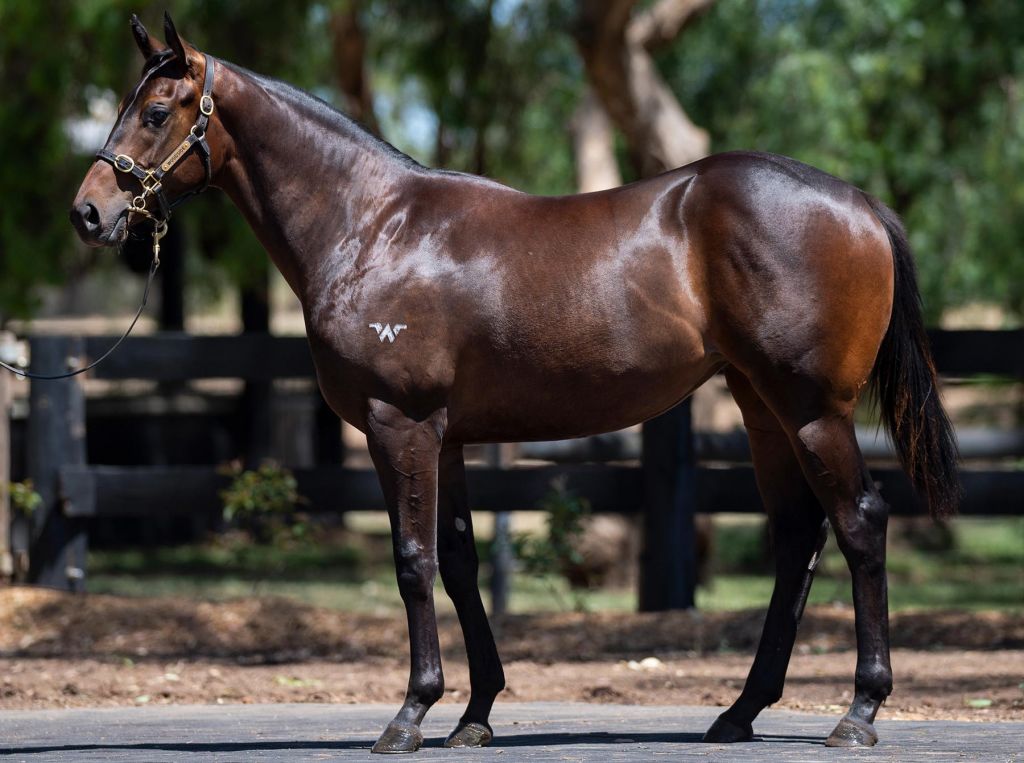 Day 3 of the sale will see Lot 492, our Zoustar x Lucky Can Be filly ready for the sale ring.

By the Champion First and Second Season Sire of his year, this filly is out of the stakes placed Lucky Can Be, a half-sister to the Australian-bred, successful South African Sire Gimmethegreenlight, who is in turn the sire of this season’s Group 1 Cantala Stakes winner Yulong Prince.

Lucky Can Be is also a half-sister to Group 1 Coolmore Classic winner Ofcourseican, the dam of this season’s Group 3 winner Persan, from the family of stakes winners Classic Benbara, Prince Benbara, Gregers and Girl Guide.

Last, but definitely not least is Lot 739, the Written Tycoon x Salamati colt.

A strong and masculine colt, he is the second foal of the imported German mare Salamati, herself a daughter of the Group 3 winner Sexy Lady from the family of German Horse of the Year Scalo and Michael Moroney’s recent Group 2 Zipping Classic winner Sound.

Out of a Dubawi mare, who as a broodmare sire has produced 50 stakes performers to date led by Group 1 winners Nazeef, Dream Castle and Blair House, the colt is sure to appeal to a wide spectrum of buyers.

Yearlings can be viewed at Morningside prior to their departure to the Gold Coast on Sunday January 3, where they will then be ready for viewing on site at the Magic Millions complex from Wednesday January 6.

To arrange an inspection, please contact James Price, CEO on 0409 806 595 or Matty Upton, Weanling and Yearling Manager on 0438 046 066 or alternatively head over to the Woodside Park Stud website where you can view a selection of candid images of each yearling, as well as their walking videos and hear what Matty Upton had to say about each of the four