In what is an extremely buoyant time within the Australian racing and breeding industry, with both prizemoney and yearling sale prices at record-highs, Woodside Park Stud are proud to announce our 2022 Stallion Roster.

An exceptional, unbeaten juvenile campaign saw Vancouver awarded Champion 2YO Colt honours and a Timeform Rating clear of any of his peers, while at stud, he is already the sire of 16 stakes performers highlighted by the G2 Golden Pendant-winning, G1 Flight Stakes placed Vangelic, G2 Expressway Stakes winner Overpass and the South Africa raced, dual G2 winner Mount Pleasant.

A winner over Deauville’s 1200m at just his second start at 2 when trained by the world-renowned Andre Fabre, Delaware progressed to win the Listed Prix de Tourgeville (1600m) by three lengths at 3 before stepping up in class and winning G3 Prix Daphnis (1600m) by four lengths.

Sent to America to continue his career, Delaware recorded success in the Listed Danger’s Hour Stakes, recording a track record time on the turf at Aqueduct of 1.33.67.

As a speedy son of Frankel, himself the fastest stallion in history to achieve 50 Group winners, Delaware is out of the Oasis Dream half-sister to Champion and G1 winner Byword, himself a G1 producing sire, as well as the triple G1 winner Proviso and G2-winning, multiple G1 placed Finche.

“We’ve added a further two stallions to the roster this year in what is set to be a very exciting season for all at the farm. We all know the deeds of G1 Golden Slipper winners at stud, and Vancouver brings not only victory in the world’s richest juvenile race, but also an exceptional pedigree.
“To add a fast son of what could potentially be one of the greatest sires we’ve seen, Delaware has all the attributes that we feel will suit the local broodmare population.”

For further information on any of the stallions, please contact Mark Dodemaide on +61 404 839 452 or via markd@woodsideparkstud.com.au 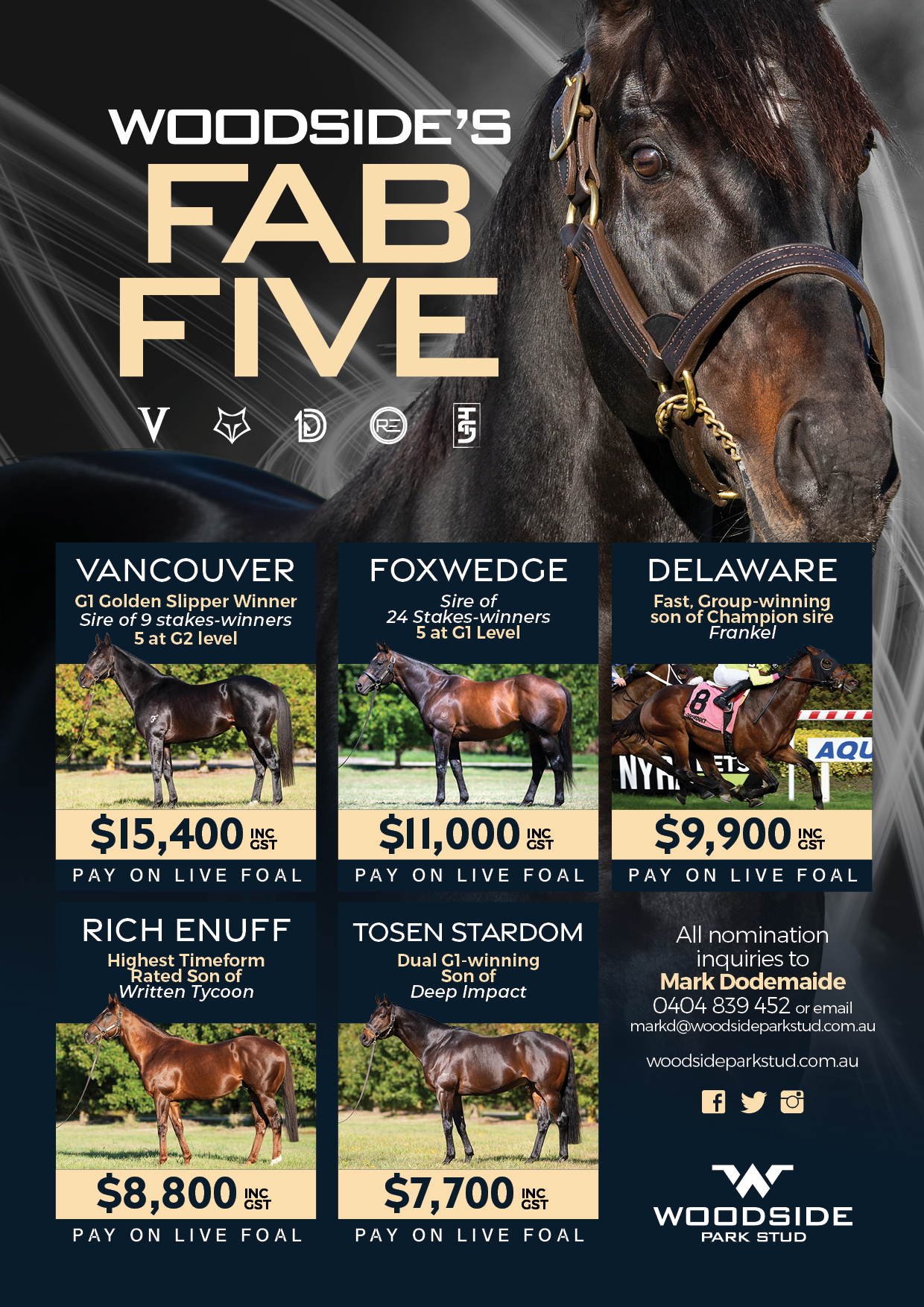